Someone should start a database that correlates how a player performs in a given game with any promotional items bearing his name that were given away that day by the team. And they should start with the performance Friday night by Baltimore Orioles outfielder Cedric Mullins on Cedric Mullins T-Shirt Night at Camden Yards in Baltimore.

Mullins hit two home runs, drove in four and finished 3-for-4 to lead the Orioles to a 7-1 victory against the Toronto Blue Jays that broke Baltimore's eight-game losing streak. Even if none of that happened, the first 15,000 aged 15 and older entering OPACY received an orange No. 31 Mullins shirsey (a T-shirt that looks like a game jersey). It wasn’t long before fans were waving them over their heads.

Here’s the first dinger of the night for Mullins, a leadoff blast against Robbie Ray in the first:

Here’s the second, a three-run job against Jeremy Beasley in the eighth:

ARE YOU GUYS PAYING ATTENTION?!?

At 23-46, only the Diamondbacks have a worse record than the Orioles. So it was nice for them to have some fun.

Brandon Hyde said the #Orioles' dugout "erupted" after Cedric Mullins' second home run. Praised the crowd as having the "most energy in the ballpark that I’ve seen here in three years."

Cedric Mullins got a curtain call, and now MVP chants. It is good when people are here and the Orioles play well. https://t.co/gKOIlhuxkb

And here’s the curtain call:

Things Cedric Mullins did on his 👕 night:

The symmetry between the Mullins performance and shirt giveaway wasn't 100 percent because the Orioles wore their black jerseys. You can probably blame right-hander Thomas Eshelman for that choice. Usually, the starting pitcher picks the jersey for the particular game. Here’s an artist’s rendering of the Mullins shirt: 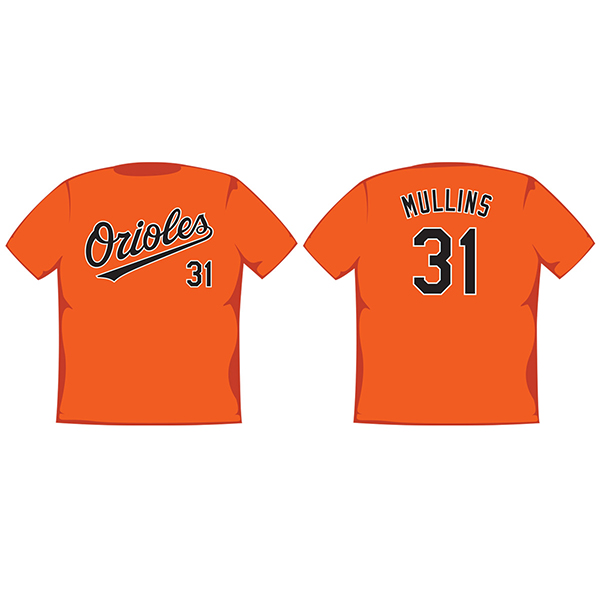 While it was a great performance for Mullins, it was not atypical for him in 2021. It’s the third time this season he’s hit two homers in a game — not bad for a person listed at 5-foot-8 and 175 pounds. Overall, he's batting .322/.395/.540 with 11 homers and 12 stolen bases. His 149 wRC+ coming into action on Friday ranked 14th in the majors, so that will go up. His batting average ranks sixth, his on-base percentage ranks eighth and his slugging percentage ranks 13th.

The Orioles have more promotional giveaways coming, including another T-shirt night on July 23, but their promotional schedule does not show any player’s name associated with the giveaway. If they go with John Means and he’s healthy, look for his second no-hitter of the season that night.

BALTIMORE (AP) — The Boston Red Sox finally put it all together, and it didn't matter one bit that this very important victory came at the expense of the last-place Baltimore Orioles. J.D. Martinez and Hunter Renfroe homered to back a dominant pitching performance by Nathan Eovaldi, and Boston broke