With MLB's regular season ending, Bally Sports is reviewing the performance of each club with an eye looking at what happened in 2021 and another at what could happen next season. Our next Exit Interview is with the Seattle Mariners.

• The Mariners defied expectations all season, coming about as close to breaking a 21-year postseason drought as they could. They won 90 games despite a -51 run differential. One way to counter a negative run differential is to be good at timely hitting, and nobody was more clutch (using Fangraphs) than the M’s over the course of 2021. Unfortunately for the M’s, clutch index is not predictive and they ran out of clutch during their series finale against the Angels.

• They did have a plus Fun Differential, however.

• Mitch Haniger delivered a lot of clutch hits Saturday night against the Angels:

• The offense tied for 13th in home runs (with the Athletics) and was fifth in fewest strikeouts. Their two most effective hitters were Ty France (.353 wOBA) and Haniger (.340 wOBA). Kyle Seager and Luis Torrens both slugged above .340. Jake Fraley and J.P. Crawford did OK getting on base. Kyle Lewis was better than average but in only 147 plate appearances.

• Chris Flexen came back from Korea and was a top-25 pitcher, posting a 3.61 ERA in 179 ⅔ innings. His BB% was eighth among qualified pitchers.

• The team’s 4.30 ERA and home runs allowed were in the middle of the pack.

• The M’s were a middle-of-the-pack defensive team, with positive individual play coming from Dylan Moore at second base, Seager at third base, Crawford at shortstop and France at first.

• Aside from France, Haniger, Seager and Torrens, nobody was better than average on offense and most were significantly below average. Top overall prospect Jarred Kelenic batted .151/.236/.272 with a 33% K% in his first 64 games and had to be sent back to the minors.

• Their pitchers' collective strikeouts and walks allowed finished among the lower third of the league. The Mariners had good pitching, but not good enough to overcome such a mediocre offense.

• Left-hander Justus Sheffield posted a 6.83 ERA and, while right-hander Justin Dunn pitched OK (3.11 ERA in 11 starts), he finished the season on the injured list because of a sore shoulder. He was beginning to rehab toward the end.

• Abraham Toro provided a couple of clutch moments immediately after coming over from the Astros in a trade for right-hander Kendall Graveman that upset the clubhouse. The M’s pretty much made up for Graveman’s production among Diego Castillo, Paul Sewald, Casey Sadler and Drew Steckenrider, but the trade itself failed to give their offense much of an upgrade. If GM Jerry Dipoto was going to do something so risky, he should have added a bat or two that could have put the M’s over the top.

• It appears the Kyle Seager era is over with the M’s unlikely to absorb his $20 million option for 2022. It’s probably more money than Seager is worth, but the issue lies more with the reportedly bad relationship Dipoto has with the M’s leader. Perhaps a mutually agreeable contract extension could have kept Seager with the M’s for a 12th season.

Right-hander Logan Gilbert finished with a 4.68 ERA, but he pitched better than that, striking out 128 and walking just 28 in 119 ⅓ innings. He had a 2.70 ERA in his final six starts. And he looks like Orel Hershiser in the face. Check it out: 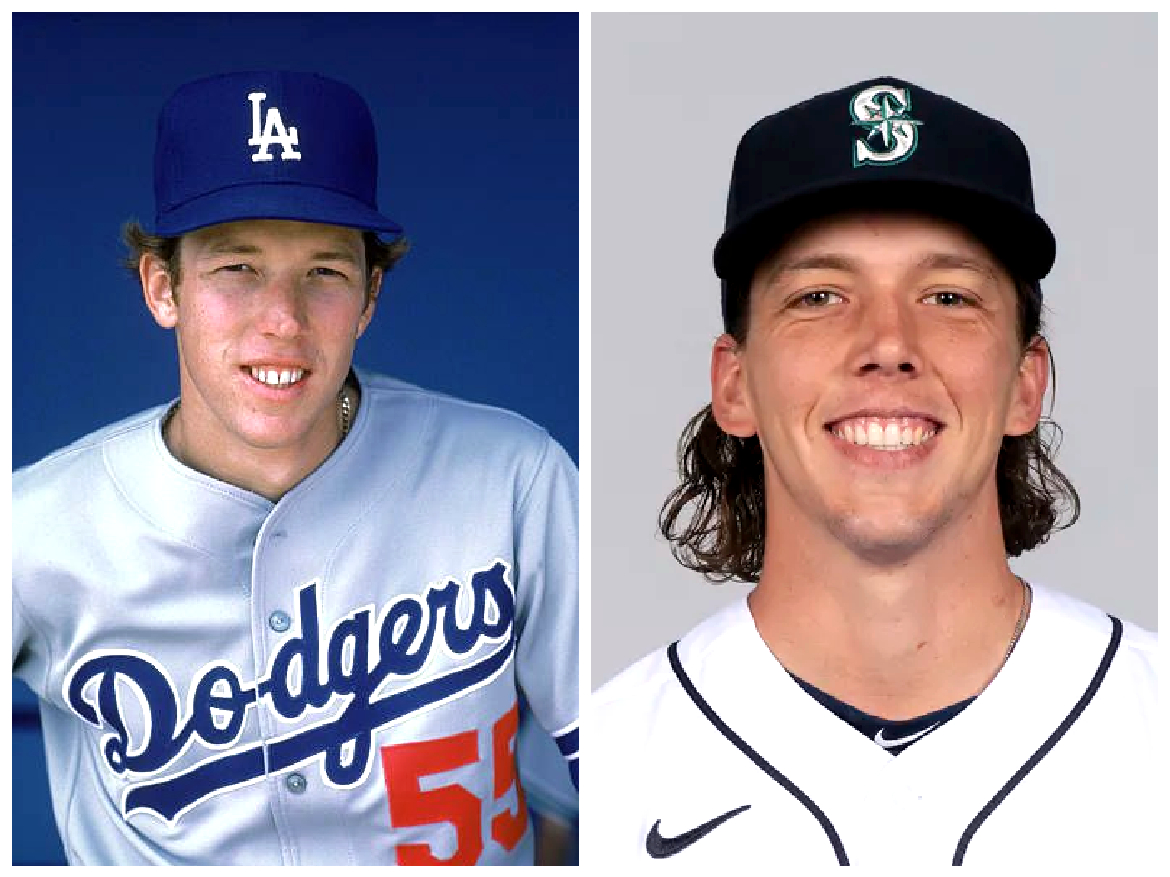 • Kelenic batted .248/.331/.524 with seven homers and a 24.6% K% in September/October. Huge improvement. He and Gilbert are going to be franchise support beams for the next half-decade at least.

• Catcher Luis Torrens had a combined 10 home runs in June and July and finished strong in the final month.

• Top prospect Julio Rodríguez possibly would have put them over the top to make the playoffs this season, but they chose to let him dominate in the minor leagues. We’ll see what the collective bargaining agreement brings, but he should be ready to try the majors straight out of Spring Training.

• The Mariners have one of the very best farm systems, with at least four top-40 prospects still to come, even after Kelenic and Gilbert got promoted.

• The M’s finished in the lower third in runs scored, not quite reaching 700. The Cardinals and Yankees were just a little higher and they made the playoffs. They were 28th in on-base percentage and finished 26th in slugging percentage despite being strong in home runs.

• The M’s can compete for the playoffs next season but they really need a significant upgrade at the top of their rotation after Gilbert. Someone like Felix Hernández in his prime. Is that possible?

SEATTLE (AP) — Kyle Seager announced his retirement Wednesday after 11 seasons in the majors, all with the Seattle Mariners. Always one to eschew social media, Seager made his decision known

It's all over MLB Power Rankings: Giants edge Dodgers for regular-season title

Well, that's a wrap. The Giants made it to the end ranked No. 1 just like everyone thought would happen. The scrappy Dodgers hung with 'em all season, falling just short in their underdog bid to win the NL West again. The Rays won 100 games for the first time

SEATTLE (AP) — Mitch Haniger refused to let the Seattle Mariners unlikely run at postseason contention end with thud. In doing so, he ensured the Mariners will be playing meaningful baseball on the final day of the regular season. "The ‘Haniger Game,' I think is what we can call this

Miami Mic'd Up with Ashtyn Butuso